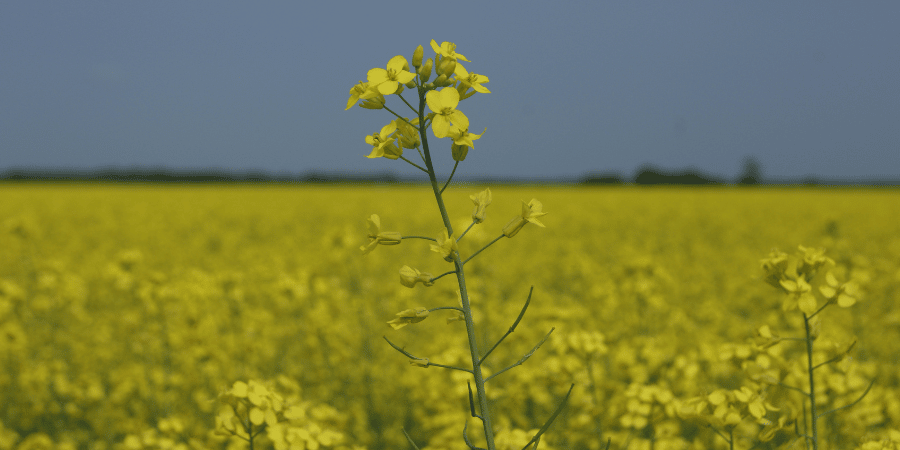 Are you seeing canola plants ripening prior to maturity? Maybe they are shredding and wrapping around the header? Verticillium stripe could be the yield robber that is causing damage in your canola.

Verticillium stripe was first identified in Manitoba just outside of Winnipeg in 2014. Since then, the fungal species causing verticillium stripe, Verticillium longisporum, has been found across six provinces in Canada with disease symptoms experienced across most of Manitoba and suspect fields in Saskatchewan and Alberta. Justine Cornelsen, Agronomic and Regulatory Services Manager with BrettYoung has had much experience working with this disease and identifying it in the field. “Although this is a new disease to Canada, other canola-producing regions have dealt with this disease for many years, and lots has been learned from them that we can incorporate here into scouting and eventual management of the disease.”

The damage from verticillium stripe is seen late in the season when plants start to ripen prematurely. If spotted early enough, half the canola stem will still appear green while the other half drying down. The stems eventually dry, turn beige in colour and start to shred. The shredding of stems is easily confused with sclerotinia, however, sclerotinia will leave behind sclerotia bodies in the stem, whereas verticillium will leave tiny microsclerotia behind (small black dots best seen with a hand lens, will give the tissue a greyish hue) the stem wall when peeled back. Verticillium stripe will also make the roots of the canola plants go grey, not to be confused with the predominant black spots caused by blackleg in the root tissue. Cornelsen says that it all comes down to training your eye when scouting for plant diseases. “The plant symptoms are similar not only between diseases but other environmental stressors, so it’s best to understand the disease lifecycles and look for signs of the disease-causing pathogens.” It is common to see a mix of diseases out in the field just to complicate the diagnostic process.

Even with the difficulties, correctly identifying this disease (like any other) is the first step to managing and controlling it in future years.

With verticillium stripe being a soil-borne disease, similar management practices for clubroot should be deployed to minimize the spread. Unfortunately, harvest time is the perfect spreader for verticillium as stems are being cut, releasing the microsclerotia back into the field or up into the air.

The environment always controls how severe disease pressure will be, and verticillium stripe thrives in hot, dry conditions. Cornelsen says, “Verticillium stripe has been easy to find the last two years due to the hot, dry summers. In Manitoba, which is known for its sclerotinia disease pressure, there has been this inverse relationship between the sclerotinia pressure going down in the dry summer and the verticillium stripe going up. It will be interesting to see what the canola disease surveys find this year, with milder temperatures and lots of precipitation.”

Being a newer disease in Canada, it will take some time to have yield loss models, disease severity scales and genetic tools in place. Lots of this research is currently being funded, and projects through the Canadian Agricultural Partnership should be wrapping up in 2023. Management options may be limited for verticillium stripe at the moment, but the important piece right now is how to properly identify it in your field. “You have to know what you are dealing with before a management plan can be put in place,” says Cornelsen.