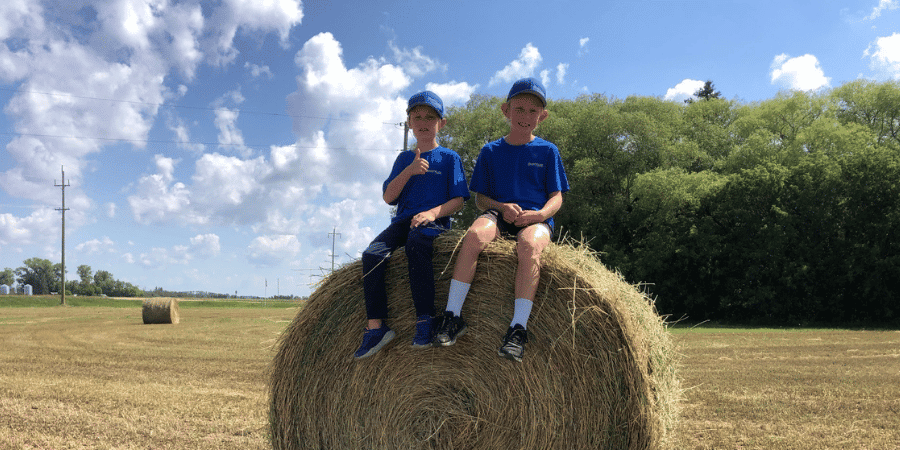 When it comes to harvesting your alfalfa crop, timing is key. Cutting it at the correct time not only helps maximize your yield, but it can also boost the quality and profitability of your crop. Get that timing right and you could have a bumper crop on your hands—get it wrong and the opposite will be true. You need to consider several important factors when it comes to choosing the correct time to harvest alfalfa, says Bill Jensen, a Regional Account Manager for BrettYoung.

When is the Right Time to Harvest?

First, know what you plan to do with that harvested crop. The longer it’s allowed to grow, the more fibre it develops and the higher yield it likely produces. On the other hand, younger crops tend to have better quality. That means, says Jensen, that feed-quality alfalfa should be cut at between 25 and 50% bloom, whereas crops intended for export-quality hay should be cut at about 10% bloom.

While boosting yield quality is attractive, Jensen cautions that there is a risk with cutting a crop too early. He suggests that an alfalfa stand should be 8-10 inches tall when it’s cut to ensure it builds up a sufficient root reserves before winter.

“What often happens is growers end up cutting it off [too early], and as we come into the fall, you’re going to be more susceptible to winter kill and disease pressure,” he says.

“If you’re not getting the root reserve built before winter, it’s got nothing to survive through the season and then come out of dormancy in the spring. You weaken the crop.”

Preparing for a Drought Year

Much of Western Canada and the Western U.S. are facing the reality of drought this summer. Fortunately, alfalfa is highly drought tolerant, able to handle dry conditions better than most other forages. This is primarily due to its deep rooting habit, allowing it to access moisture deep down in the soil when water is scarce in upper soil layers. However, drought could still impact alfalfa growers, according to Jensen, since the stress level in those plants rises significantly in a drought situation. He warns that some alfalfa farmers could lose a chunk of their stand depending on the severity of the drought.

“Depending on the severity [of the drought] you could lose half your stand,” he says, adding it depends on how long the drought lasts. “If you get intermittent rain, that could help keep them alive, but you’ll still lose the weaker plants to stress.”

Set Yourself Up for Success

Although you can’t control the weather, Jensen says there is plenty you can do to ensure the long-term viability and health of your alfalfa, like regular testing to determine soil fertility.

“By having soil tests done, you’re unlocking all of the nutrients in the ground,” Jensen says. “Some things get tied up in the soil, so soil tests will tell you what’s tied up and how to bring that forward.”

No farmer wants to lose plants, but sometimes, it’s unavoidable. If you’re in this scenario, Jensen recommends that you make sure you choose the right kind of seed and seed qualities when establishing new plants.

“In today’s market there are so many different varietal characteristics that are in alfalfa” Jensen says.

“Start to finish, you are looking for the best stand life you can get when you’re harvesting. You’ve got to start at the very beginning. Picking the right genetics is so important,” he continues, adding that choosing the right genetics is a major factor that also helps fight disease and pest threats. Less disease and fewer pests in your alfalfa stand will mean more yield and higher quality.

To learn more about what you should look out for this year, or to get a customized stand evaluation for your field, contact your BrettYoung Regional Account Manager.