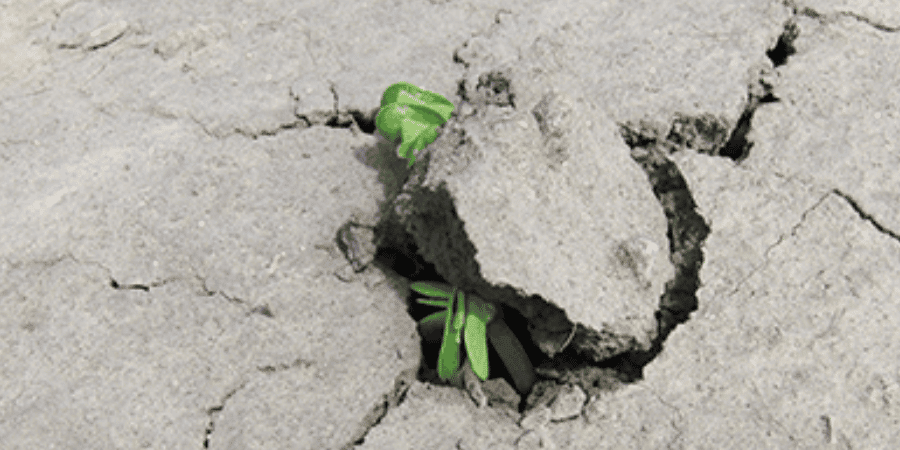 Distinct by Design: Planting Soybeans in a Dry Spring

When Warren McCutcheon took over his family farm and business in 2006, he wanted to continue the legacy that started with his grandfather over 80 years ago. Part of growing their business was choosing the right crops for their land.

In 2016 and 2017, soybean production surged in Manitoba (source: Statistics Canada), but for some Canadian farmers, a few drier years after that made the crop harder to manage. McCutcheon’s farm (located near Carman, Manitoba) consists of mostly Loam soil – neither too heavy and full of moisture, nor too dry and sandy. That middle ground can be highly productive for soybean growth, which allows him to benefit from the crop’s high market price without having to fear shifts in weather conditions.

McCutcheon has grown soybeans on his farm for the past 10 years and has no plans of slowing down. Let’s take a closer look at why McCutcheon loves growing this legume crop, along with how he plans to manage planting and growing in this year’s drier spring.

McCutcheon’s number one reason for growing soybeans is ROI. “They’re a lower-risk, high-reward crop,” he says.

Because the investment cost of growing soybeans is lower, McCutcheon says he is able to confidently manage his crops knowing that he will likely get a good return.

“Year after year, our chance of having a bumper crop is increased by growing soybeans,” he says.

“It’s a huge benefit of soybeans. We can easily use it as the clean-up crop, we insert it into certain fields on a rotation every few years.”

In addition, choosing to diversify his crop and include soybeans made sense to mitigate weather-related risk.

“We set up our farm by spreading out the risk and the workload,” he says. “You don’t know what summer is going to bring, and if you roll the dice by relying on only one type of crop, that’s a tough gamble.”

But McCutcheon has found ways to maximize his chance at success, no matter what the weather throws his way.

During spring’s unpredictable weather conditions, McCutcheon’s primary goal is to find a way to get his soybeans to grow. For this to happen, the crop needs one thing – moisture.

“Getting soybeans into moisture will get them out of the ground,” says McCutcheon. “You can’t plant them in dry dirt and get them to grow.”

To increase his soybeans’ exposure to moisture and chance of survival this year, McCutcheon says he will monitor the weather forecasts and think about planting a little early, even if the soil isn’t as warm as he’d like, in order to make sure the seeds germinate and grow.

“Once soybeans are out of the ground, they’re pretty tough. They’ll root for a while until July and August when they really need those rains, but they can handle some dry weather conditions for a little while, once they’re rooted.”

Planting with moisture and watching the weather aren’t McCutcheon’s only strategies. He also has a few methods for ensuring the critical emergence stage is a success and he makes the most of this high-reward crop.

He also makes sure he chooses a seed that will perform reliably.

BrettYoung soybeans have been part of McCutcheon’s rotation since the beginning. This year, he is growing all Roundup Ready 2Xtend varieties, including Sunna R2X.

McCutcheon is also growing a few acres of experimental soybean crops for BrettYoung.

“We’re always on the leading edge of stuff – we’ll have a few acres of something, a couple plots. If it works out well, then maybe we put it into production in the coming years.”

On top of BrettYoung’s suitable varieties, McCutcheon says his relationship with BrettYoung’s team has played a significant role in his growing experience. McCutcheon attended university with his BrettYoung Seed Production Specialist, and they have been working together ever since.

“It’s been an awesome long-term customer relationship here for quite a while. Which is kind of unusual in this business,” McCutcheon says.

At the End of the Day

“I don’t think it’s the time to give up on soybeans,” McCutcheon says. “I’m sure they will have their time in the sun again.”

McCutcheon believes that the best is yet to come with this crop.

“There will be a year where the tap turns on and it rains in July and August again, and we’ll have fantastic soybean crops.”