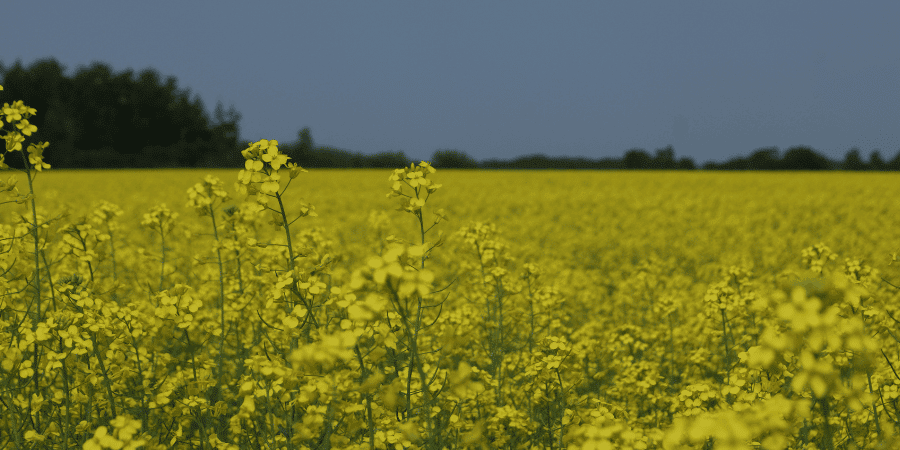 Distinct by Design: Keeping Up to Date on Clubroot

When it comes to Clubroot, Rene Mabon knows his stuff. He grew up on a mixed grain and dairy farm in southern Manitoba, graduated with a degree in agriculture from the University of Manitoba and has spent over 30 years sharpening his skills as an agronomist.

Most of those three decades have been with BrettYoung as our Agronomic and Regulatory Services Manager. Mabon often has the chance to share his expertise, not just in-house, but also with our retail partners and grower customers.

Mabon is behind BrettYoung’s Clubroot update, a regular feature in BrettYoung’s annual product guide for canola, soybeans, biologicals, and seed production. This yearly feature outlines the latest developments in the battle against Clubroot and offers advice for managing this serious canola disease from this season to the next.

You’ll find the newest Clubroot update here. This year’s update explains how new Clubroot pathotypes (ones capable of overcoming first-generation resistance) are an increasing threat, particularly in canola fields around Edmonton and in certain isolated parts of southern Manitoba and north-central North Dakota.

“In Clubroot-intensive areas, short canola rotations can increase the incidence of disease and create conditions for new pathogens to develop. The first-generation resistance canola varieties being used in these regions offer no protection against the new pathotypes,” says Mabon.

The emergence of new Clubroot pathotypes led to the recent development of a new disease classification system called the Canadian Clubroot Differential (CCD) set, which we featured in one of our latest articles with Dr. Stephen Strelkov. It’s spurred plant breeders to find new sources of Clubroot resistance and incorporate them into the latest canola hybrids, sometimes “stacking” them with already commercialized Clubroot resistance genes. This stacked approach is what you’ll find in both 6076 CR, and BY 6207TF, BrettYoung’s newest hybrid developed by our canola breeding partner, DL Seeds. These varieties have next-generation resistance, meaning they are resistant to not only the older Clubroot pathotypes first identified on the Prairies, but to most of the newer pathotypes too.

“DL Seeds spent many years working on 6076 CR and BY 6207TF so we would have this next-generation solution for farmers who are battling high levels of Clubroot infection and the breakdown of first-generation resistance,” says Mabon.

In areas where there may be a higher risk of Clubroot infection, but it hasn’t yet taken hold, Mabon says growers can help keep the disease in check by planting our canola hybrids like BY 6204TF, 6090 RR, and BY 5125CL. These varieties possess first-generation resistance and will help prevent the accumulation of spores in your fields.

Planting resistant varieties is the best line of defence against Clubroot but ensuring a proper crop rotation is also important for fending off the disease. We recommend a minimum of two years between canola crops since it will help prevent spores from building up in the soil.

Scout canola fields early and often for the first signs of Clubroot and use sanitation and weed control measures to manage infested fields.  Volunteer canola and other susceptible weed species like wild mustard and stinkweed act as a “green bridge” and help perpetuate the disease cycle in a field.

Mabon says during his many years as an agronomist, he’s seen a lot of progress in the fight against Clubroot disease, which was first detected in a few canola fields near Edmonton in 2003.

“Clubroot has changed from a localized problem that wasn’t well understood to something that is more widespread but has some management tools available,” he says.

“Prairie farmers are better equipped to fight Clubroot for a number of reasons. Most important, I think, is the great work done by pathologists and breeders who continue to better understand and develop tools to help manage the problem.”

Mabon says he is excited about the potential of BY 6207TF, a brand-new, high-yielding TruFlex variety from BrettYoung that will be available to producers in limited quantities this coming spring.

BY 6207TF and 6076 CR are examples of how DL Seeds breeders Janice Duguid and Stephen Fox and pathologist Sakaria (Zac) Liban are leading the way in providing growers with new canola hybrids with durable disease resistance.

“I’m always impressed how scientists like Janice, Stephen and Zac are able to apply a myriad of very high-tech solutions to problems like Clubroot and incorporate them into new varieties. We are seeing the results actually surprisingly quickly.”