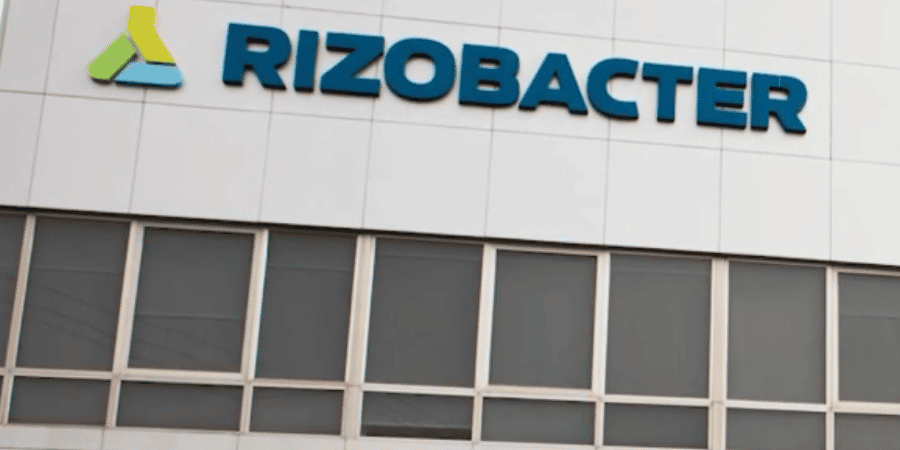 Ariel Gohlke’s career began as an agronomist in Argentina before he moved to Canada in 2001 to attend the University of Regina. He is now the North American business manager for Rizobacter — an industry-leading microbiology business that’s been delivering growers better agronomic performance for over 40 years.

The technology behind BrettYoung’s line of inoculants comes from our partners at Rizobacter. Let’s take a closer look at how Gohlke and the Rizobacter team help BrettYoung stay Distinct by Design.

Rizobacter was formed by a group of soybean growers in the fertile Pampas region of eastern Argentina in 1977.

“Our founders were growers, so we understand the challenges that farmers face daily in producing their crops. We strive to bring solutions that are aligned to those challenges,” Gohlke says.

Rizobacter biologicals are now sold in more than 40 countries. Gohlke says his company is R&D-driven, with 30 per cent of Rizobacter’s profits flowing back into the development pipeline for new products.

“Even though we are headquartered in Argentina, we consider ourselves a global company,” says Gohlke. “We are very happy with what BrettYoung is doing with Rizobacter to bring these innovative solutions to growers in Western Canada.”

Gohlke estimates Rizobacter currently has around 50 new products in the works, and that as many as 15 of these could be available to growers around the world within the next five years. Gohlke also says Rizobacter is hoping to introduce two or three new biologicals to the Canadian market over the next three years.

“We believe that growers are eager to use these types of technologies. They understand the value that microbes can bring to crop production,” he adds.

Canadian Farmers Need to be Efficient

Gohlke says talking to growers is something he’s always enjoyed. He considers it the best part of his job at Rizobacter.

He says the first thing he noticed about Canadian growers, after his move to Regina, was how quickly they need to work, particularly in places like Saskatchewan and Manitoba.

“With the growing season being so short here, I was impressed with how growers worked so efficiently to get their crops seeded quickly and everything going fairly fast. That was something that really opened my eyes,” he says. “In Argentina, the weather is so good, and crops can be grown year-round.”

Gohlke, who became a Canadian citizen in 2006, joined Rizobacter as their North American business manager in August 2020. Before that, he gained extensive experience in the biologicals industry in both Argentina and Canada working for companies like BASF and Lallemand.

He was looking for an opportunity to learn more about global agriculture when he left Argentina to study in Saskatchewan.

He says he’s enjoyed his time living in Western Canada, and now in the Toronto area where he currently works—though he admits the first few moments after he arrived in Regina were difficult. It was in January, the height of summer in Argentina but the middle of winter on the Canadian Prairies.

“When I left Buenos Aires, it was plus 30, and when I landed in Saskatchewan, it was minus 20. So that was a shock to me,” he laughs.

Gohlke says he quickly discovered Canadians, particularly the growers he works with, were far more inviting than his first Canadian winter.

“I found the growers in Canada to be very open, very receptive and very easy to talk to and work with,” he says, adding that an eagerness to try new technologies is something Argentinian and Canadian farmers have in common.

Gohlke’s unique perspective and mix of experience make him, and the Rizobacter team, a strong partner for BrettYoung. Partnering with a global company like Rizobacter allows us to innovate with global technologies while still being able to serve and focus on the specific needs of Western Canadian growers.

Browse our line of inoculants.