The DefendR trait platform is gene-driven and can be an important piece of your overall canola management and production strategy. BrettYoung uses the DefendR designation to signal genetic tolerance to pod shatter and durable resistance to the three prominent disease complexes affecting canola: clubroot, blackleg and sclerotinia.

The introduction of pod shatter-resistant hybrids to canola growers several years ago led to a significant increase in adoption of both direct harvesting and delayed swathing of canola crops. BrettYoung canola growers can now enjoy this same flexibility because of our new pod shatter resistance trait, which delivers a dependable level of shatter tolerance.

Pod shattering, and the seed dispersion associated with it, is a survival mechanism found in nature and, despite decades of breeding and domestication, canola pods still have a natural tendency to split and open at maturity, with the goal of scattering seeds. Plant breeders and trait developers have been working to understand the physiology of canola pod ripening and pod shatter mechanisms.

DL Seeds, and its parent companies, have researched their own solutions, and what has emerged is an understanding of a complex pathway of gene interaction that controls pod valve function (see figure above).

Much of the work has meant isolating specific genes from other brassica species and breeding them into canola to interrupt these shatter-inducing pathways. If you have ever grown mustard, you are aware of the substantial pod shatter resistance in that crop.

The result is Pod DefendR, a specific genetic trait that reduces pod tension built up at maturity and ultimately, the tendency for canola pods to split at the pod dehiscence zone (pod seam) that holds both sides of the pod (valves) together.

BrettYoung currently has two TruFlex® canola hybrids with this feature: BY 6211TF and BY 6217TF. Pod DefendR will also be available in both the LibertyLink® and Clearfield® herbicide platforms soon. 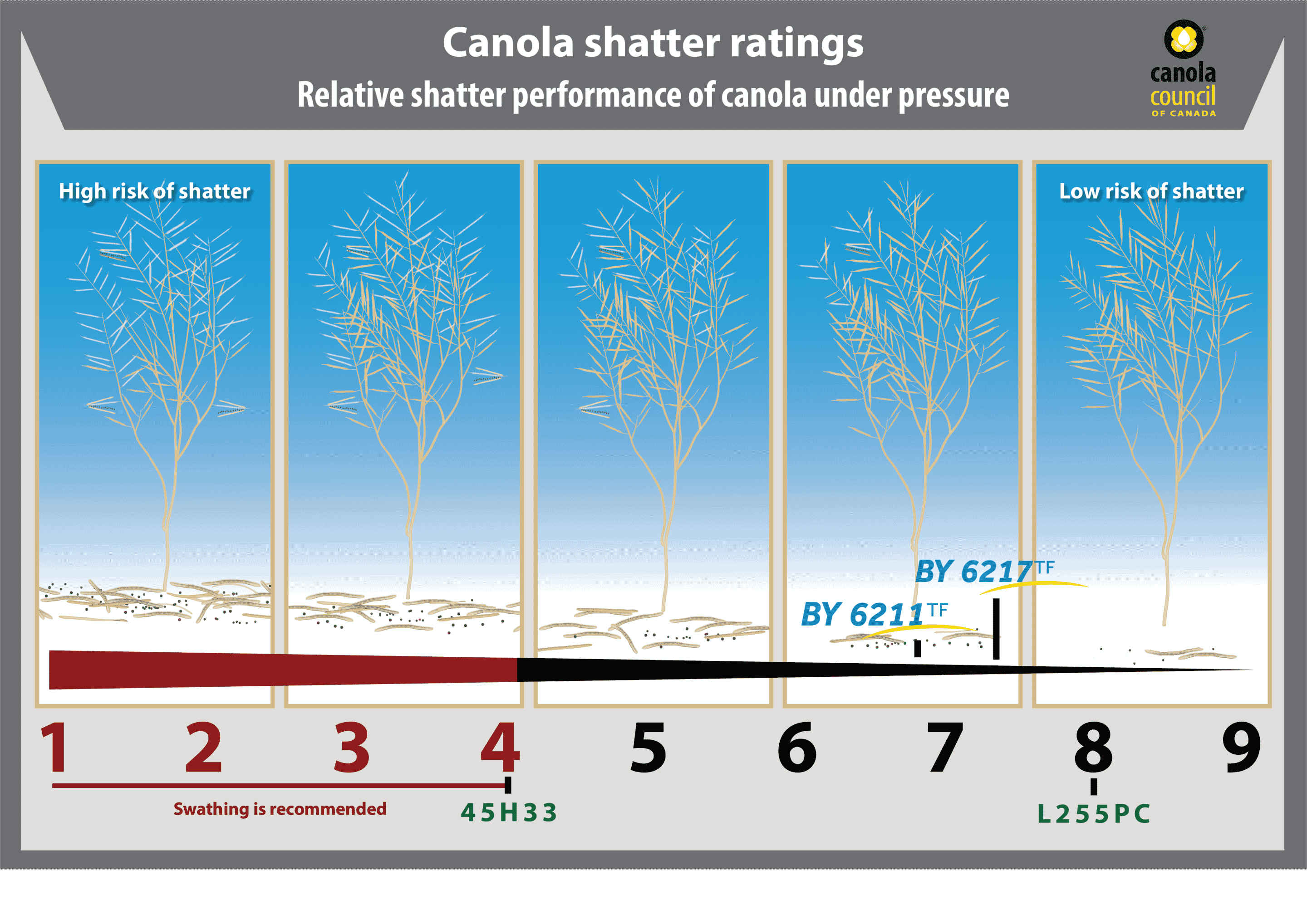 Clubroot is now established in all three Prairie provinces. Since 2013, when the first resistance-breaking pathotype was identified in Alberta, several new and more virulent pathotypes have evolved that can evade what is known as 1st generation (Mendel-type) resistance. The clubroot DefendR trait indicates that the canola hybrid has 1st generation resistance stacked with newer, next generation Clubroot resistance gene(s). This approach means resistance to the older, first-identified pathotypes, but also resistance to recently identified ones like 3A, 2B, 3D, 8E, 5G, 5K, 3O and 5X (and others). DL Seeds has a robust pipeline coupled to high-performance hybrids that BrettYoung will continue to commercialize to support you in keeping one step ahead of this impactful disease.

Blackleg is back in the spotlight as a disease that has made a resurgence in intensive canola production areas. Most agree that managing this disease requires a combination of crop rotation, crop management (including regular field scouting), and proper hybrid selection as important factors to reducing the impact of this disease.

The Blackleg DefendR trait means that the BrettYoung canola hybrid is rated as a strong R for blackleg resistance. It also means that the hybrid incorporates multiple major genes to be completely resistant against specific races of the pathogen. Blackleg DefendR hybrids achieve an enhanced level of resistance compared to competitor’s R-rated hybrids that have either zero or only one major gene for blackleg resistance.

If you’re looking to adopt a blackleg major gene rotation strategy, look to the Blackleg DefendR system as BrettYoung shares the gene-specific information on all of our Blackleg DefendR hybrids. 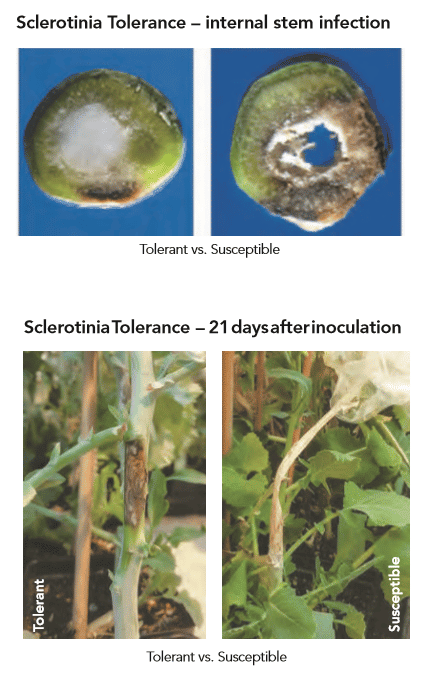